Few things in the coffee world are as confusing as the latte vs flat white controversy. Even managing a specialty coffee shop and knowing a lot about the debate, customers continually asked questions that made me think…

“Wait, wait—where did you hear that?!”

These two drinks are now modern classics, and we don't want you to feel confused about how they're different (and despite looking similar, they are very different).

Europeans have been mixing coffee and milk since the 1700's, and most of the drinks have had a really strong flavor—too strong, apparently, for Americans.

Sometime around 1867, the caffe latte appeared in Italy—mostly in areas dominated by American tourists. One coffee lover around that time, Kenneth Davids, famously wrote that the caffe latte was an American creation that was essentially a coffee-fied version of the regular Italian latte(just a glass of warm milk).

It's still not perfectly clear who made the first latte, but most seem to agree that it was probably Americans who wanted a less concentrated coffee drink when they traveled to Italy.

What Exactly Is A Latte?

Traditionally, lattes were served in 8-ounce glasses, featuring a double shot of espresso and about 1 centimeter of thick foam.

In the US, however, we've switched over to 10 to 20-ounce ceramic mugs, using significantly more milk for roughly the same amount of espresso.

The Taste And Texture Of A Latte

Because lattes literally have x2 as much milk as most other espresso drinks, they're often described as “milky”.

The coffee flavor is still there, but it's heavily masked by the sweet milk, making the latte a top pick for newer coffee lovers.

The steamed milk adds a hint of a caramelized sugar sweetness, and the 1cm of microfoam on the surface of the drink is smooth and creamy.

Lattes At A Glance

Things get way more confusing with the flat white—and controversial.

New Zealand claims their own Derek Townsend invented the drink at the DKF Cafe in 1984. Legend has it he could make 1,500 flat whites in an hour… which, of course, is insane. Baristas can rarely achieve 60 drinks per hour (one per minute), let alone 1,000.

But which story is true? The world may never know…

What Exactly Is A Flat White?

Let's be clear: there's no standard definition for what a flat white is.

Some cafes just call it a “small latte”. Others insist it's something else entirely.

Thankfully, Sprudge conducted a survey in Australia and New Zealand, and so we at least have a general idea of what the (alleged) inventors expect when they order one.

Summary: a traditional flat white is a small-ish drink with two shots of espresso and only a tiny amount of foam.

Now is this what most American coffee shops actually serve? Eh… we've had mixed experiences with cafes being on board with this definition.

The Taste And Texture Of A Flat White

Most flat whites have only 50% as much milk as a latte, allowing the espresso flavor to be much stronger. It's still steamed though, which adds a hint of sweetness that pairs well with the coffee notes.

However, there's hardly any microfoam, so “milky” would still be fairly accurate, but “creamy”... not so much.

Flat Whites At A Glance

Why Is The Starbucks Flat White Different?

Gah… Starbucks is at it again.

*Cue overly-dramatic slap in the face*

The Starbucks flat white uses two ristretto shots (where they cut the shot earlier so that it's tangier) and comes in 12-20oz cups.

We're clueless as to why they'd take a fairly standard drink and turn it into something completely different (it's the macchiato all over again!).

Latte vs Flat White: Which Should You Pick?

So you walk up to the counter, look at the menu, and freeze.

You can't decide what to order: latte vs flat white?

Here, this should help.

Do You Want A Strong Or A Chill Drink?

Lattes have a thin, but noticeable layer of microfoam, which gives is that extra-creamy mouthfeel. Flat whites, however, hardly have any foam… mostly just steamed milk.

How Long Do You Want Your Drink To Last?

Lattes tend to come in sizes ranging from 10oz to 20oz, so they're great for sipping over the course of an hour. Flat whites are generally around 6oz though, so they get cold more quickly and simply don't last as long.

What About Making Lattes And Flat Whites At Home?

Both drinks are easy to make at home. You just need a coffee grinder, an espresso machine, and a little patience when it comes to learning how to pull shots and steam milk.

(Hint: a flat white will be easier for newer home espresso lovers because you don't have to worry about creating velvety microfoam.)

But the real secret to a great home latte or flat white isn't actually the milk… it's the coffee.

When you start with A+, specialty-grade coffee beans, even your bad cups of coffee will taste delicious. 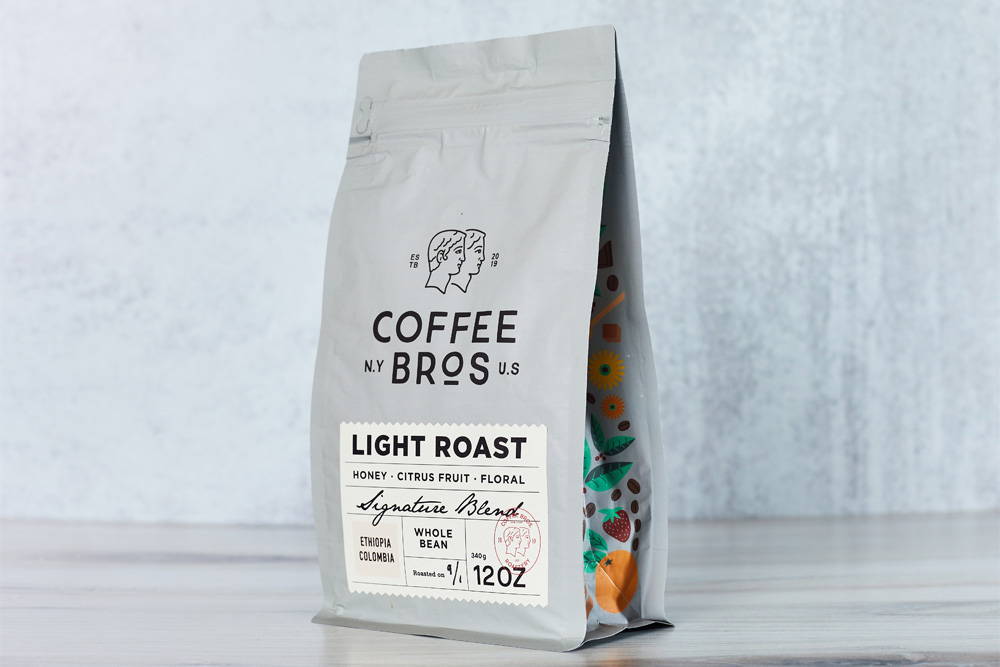 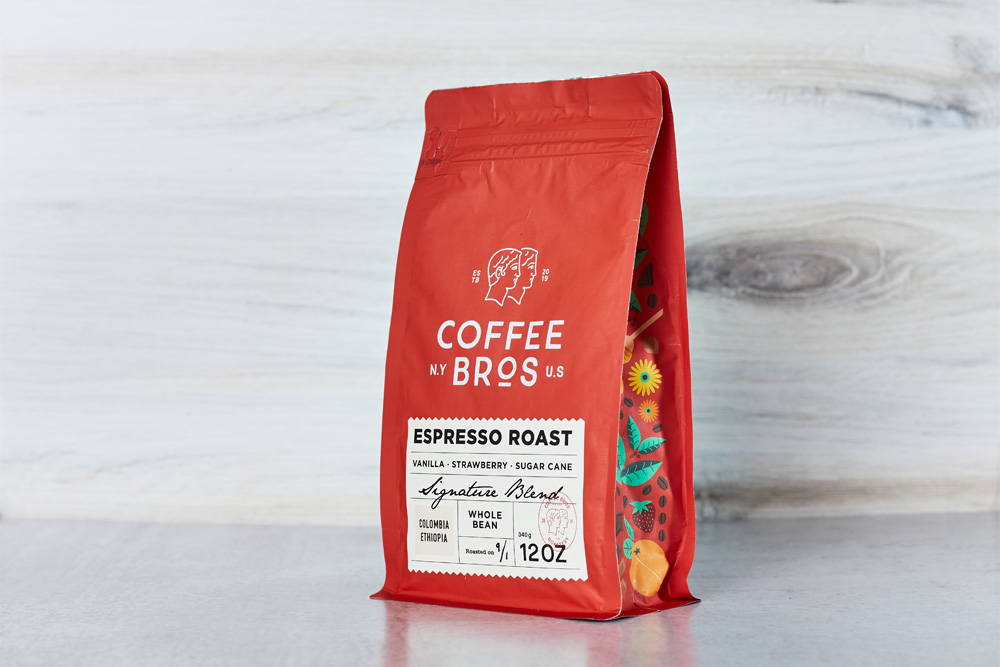 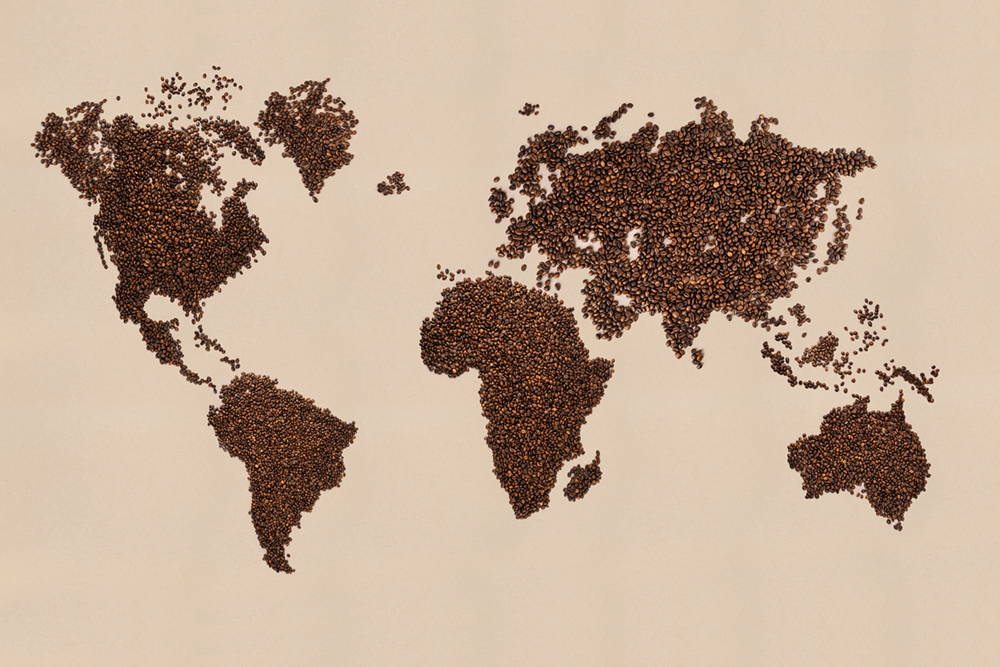 What Country has the Best Tasting Coffee?

Read Now
Back to blog